Iran.  What it conjures in the American mind.  When well meaning friends and family learned I was “vacationing” in Iran, they assumed I would be jailed or beheaded by ISIS or kidnapped by the Islamic Revolutionary Guards Corps. These western impressions could not be further from the reality.

As you will see from this video, the ancient culture, architecture and history of Iran, and Isfahan, the former capital,  is most impressive.

What makes the most lasting impression is the openness, intelligence, warmth and humor of the Iranian people.  An Iranian friend recently told me that Iran is different from other Middle East countries.  In countries like Iraq, Saudi Arabia, Jordan, Israel, Egypt, and others, the governments are eager to have a close relationship with the US, but the people of those countries don’t trust the US.  In Iran, it is the opposite.  The Iranian government is extremely distrustful of the US, (with good reason as the US and the UK deposed the democratically elected Prime Minister Mohammad Mossadegh in 1953), but the people of Iran love the US.

Another lasting impression is the complicated treatment of women. Women are at the table in every field, which is why Iran is more advanced than most Middle Eastern and Muslim countries, even despite the economic sanctions.

Woman drive, are extremely educated and many women in urban areas have advanced degrees.  They are a vibrant part of the work force, but many women I spoke to off the record, and will remain nameless to avoid political harm, did not like living under the Islamic government lead by the second Supreme Leader of Iran, Ayatollah Ali Khamenei, and adhering to the strict Islamic dress code, enforced by the Islamic Revolutionary Guard Corps.

As you will see in this video, I met a group of Iranian men and women and we were having a great time in the square.  Suddenly a woman from the Basij paramilitary force, a volunteer organization under the Islamic Revolutionary Guards Corps appears and tells one of the women in our group to fix her headscarf.  She has too much exposed hair and is being disrespectful.  It is these subtle moments of “terror” that seem to eat away at the women I spoke with, but like any oppressed person living anywhere, they figure out a way to compromise to survive in the society they live in, until something changes from within, or they can get out.

So why Iran?  I am American born of Irish and French-Canadian descent.  To the average viewer there should be no explanation for an interest in Iran.  But there is a deep connection; decades of watching the films of Abbas Kiarostami.  Films like Close-Up or Ten, Kiarostami’s vivid masterpiece of 10 scenes shot in a car driven by a divorced, urbane, working mother.  The scenes include her interacting with her sister, son, a prostitute and a woman heading to prayer.  It is a subtle and rich portrait of the modern Iranian woman, that mirror similar struggles divorced U.S. women endure. It is films like these, and many more by Kiarostami, and the recent Academy Award winning film for best foreign film, Asghar Farhadi’s,  A Separation, that provide enough evidence that no matter what our governments say about each other, Iran is not the “Axis of Evil,” that some U.S. politicians and factions desperately want them to be, but a deeply cultured and educated society.

Yes, our relationship is marred by decades-long distrust, corruption and betrayal between our countries.  But with 80 million people, my biggest take away from my visit to Iran is we need to find a way to partner in economic, technical, medical, educational and other innovative ways.  Our joined talents, shared goals and resources would seem to far out weigh the fears of annihilation the “Axis of Evil” U.S. camp seem to want to keep alive.

So let’s talk logistics. How to get to Iran from the U.S.?  Turkish Airlines from Kennedy Airport, New York City to Ataturk Airport, Istanbul, Turkey.  A few-hours layover to Tehran’s Imam Khomeini Airport.

I booked my trip through Iranian Tours, managed by Hamid Tavassoli, and his wife, Anoosheh.  They are hard working, smart and reliable.

To obtain an Iranian Visa, U.S. citizens need to contact the Pakistan Embassy Interests Section of the Islamic Republic of Iran.  The DAFTAR Form is here.  Because traveling as an American can be very fickle and a scheduled tour can “change,” at the last minute, I visited the embassy on 2209 Wisconsin Ave. N.W. in a nondescript section of DC, not far from an Einstein’s Brother’s Bagel Shop.

If not on government or work business, U.S. citizens have to travel with a tour.  My tour consisted of Majid, our fearless driver and ski guide 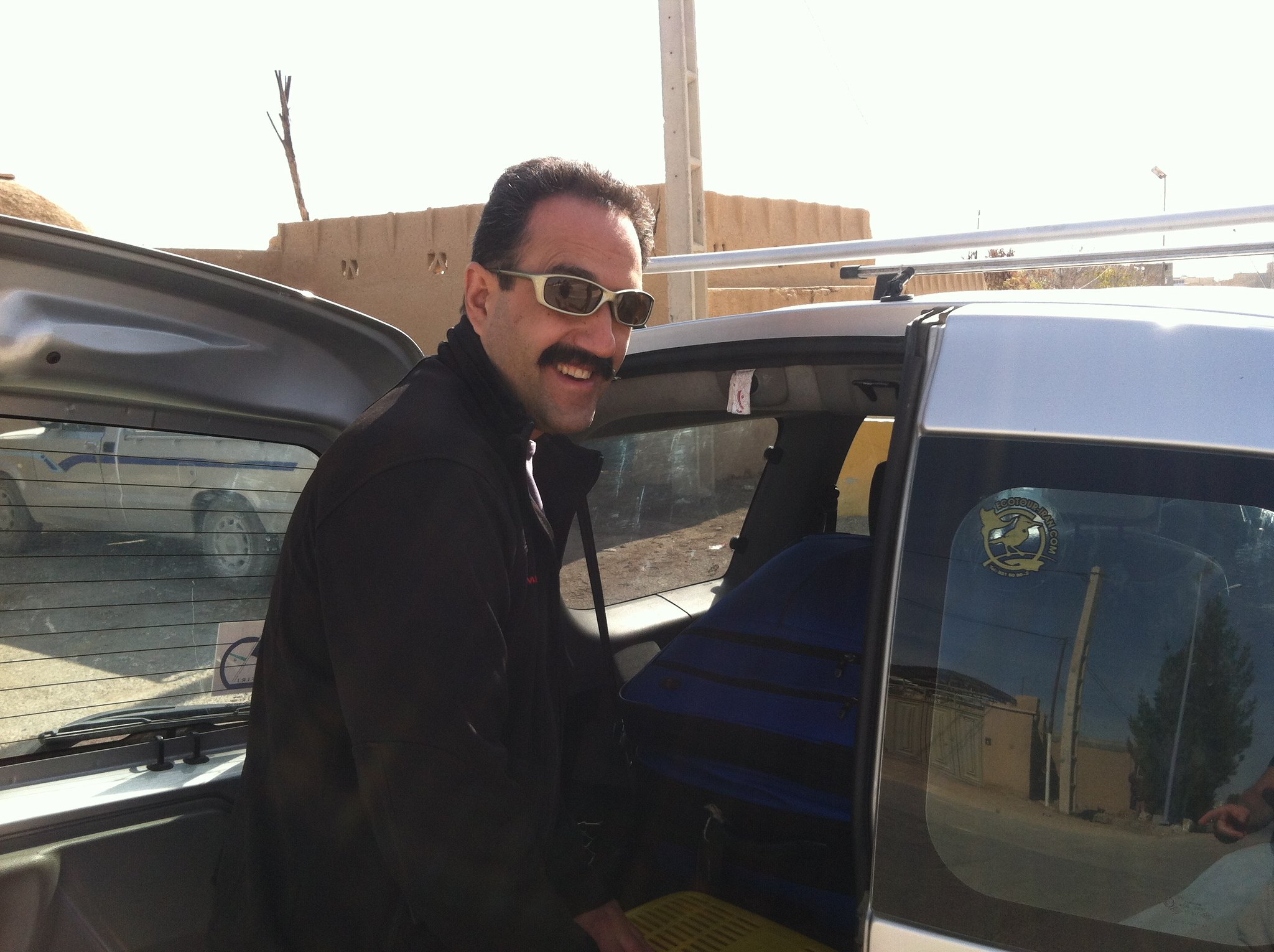 and an intrepid telecommunications retiree and grandfather of two from Boulder, Colorado.   We spent the night in Tehran. (There is great skiing in the nearby mountains of Tehran, but the city pollution is a major complaint of all residents.) 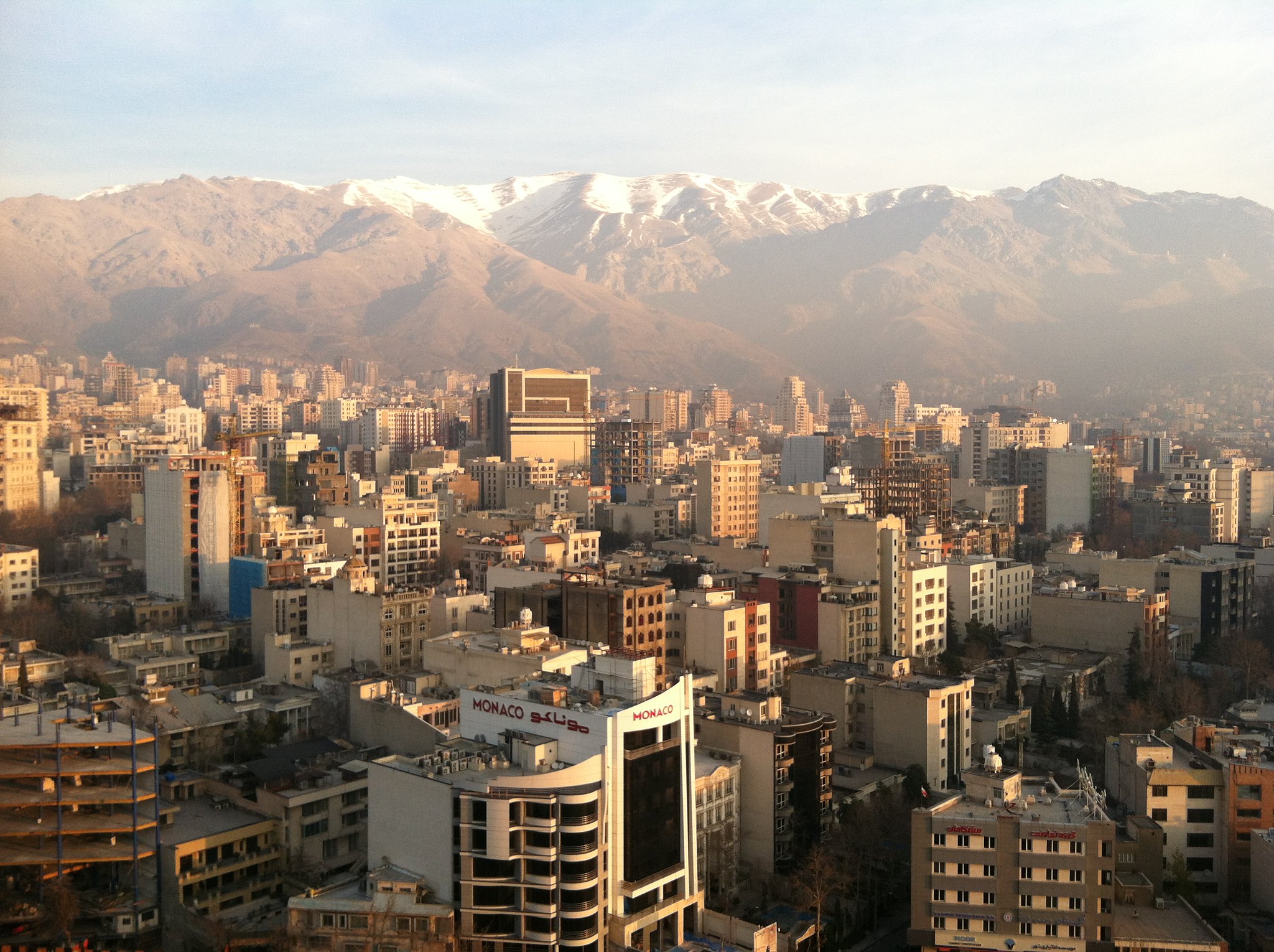 The next day in a compact car, proceeded to drive over 2,000 miles across the Iranian desert visiting, Kashan and the Fin Persian Gardens, 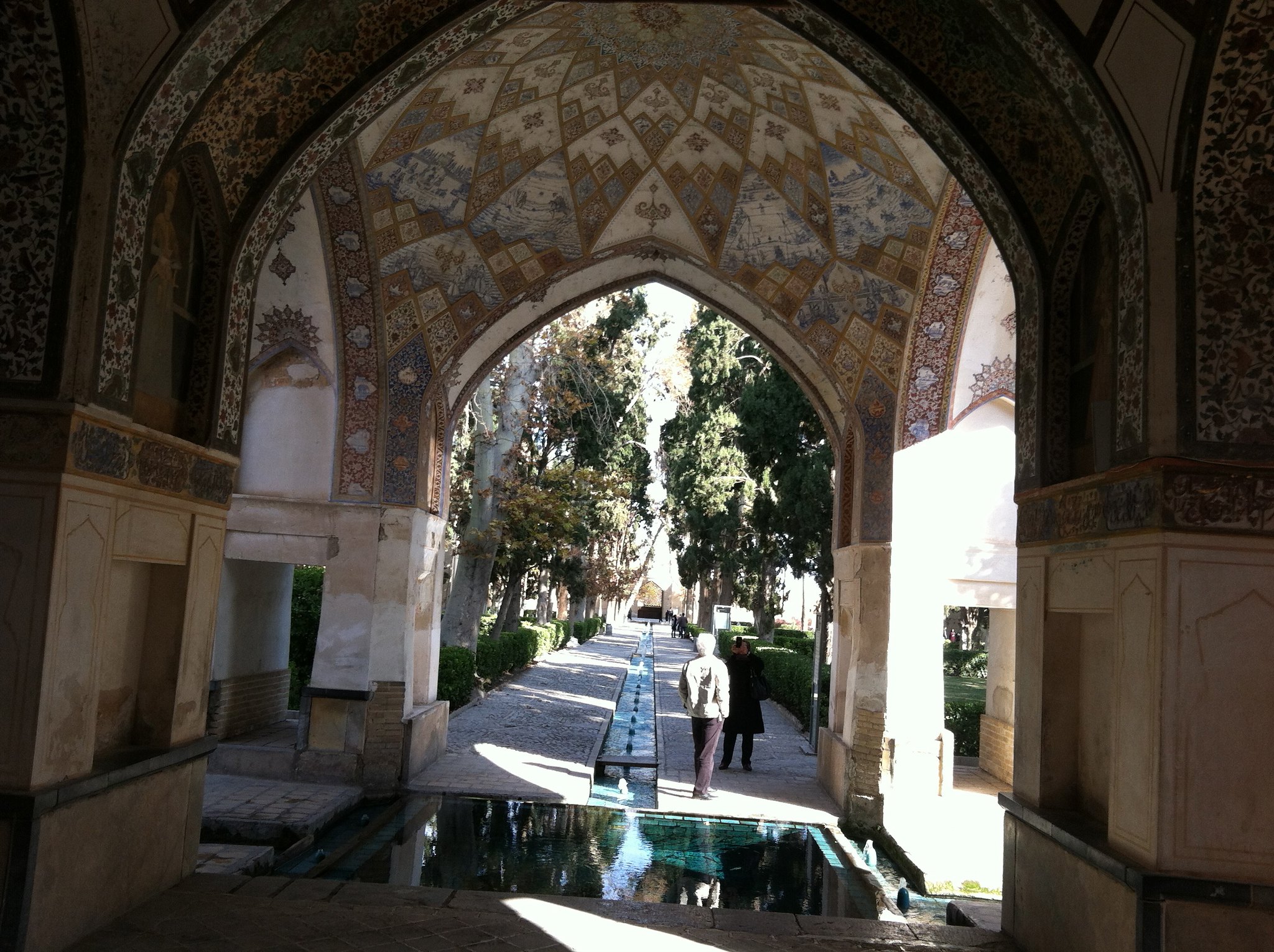 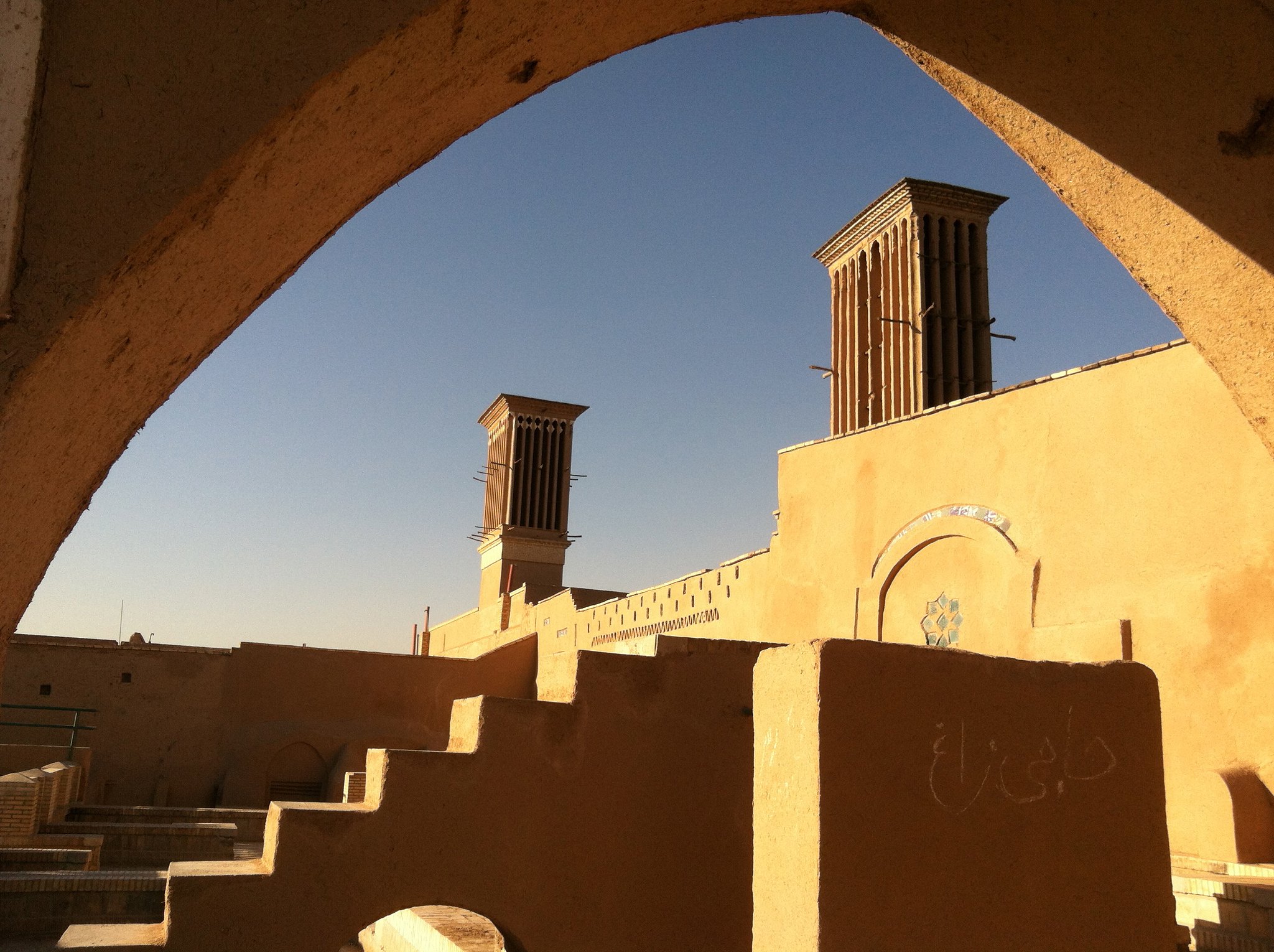 for a couple of nights and a visit to the Zoroastrian Fire Temple and Burial Grounds, 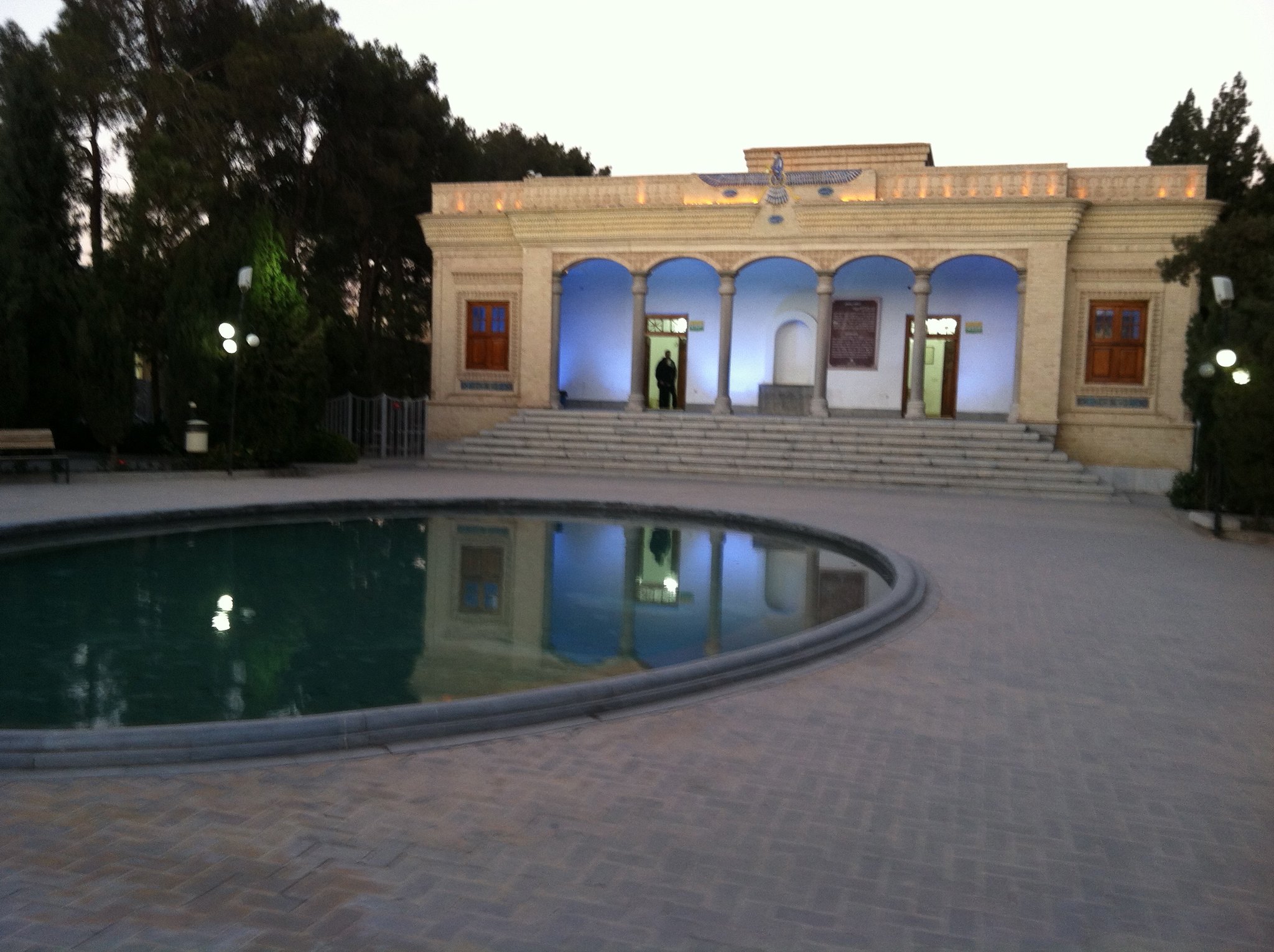 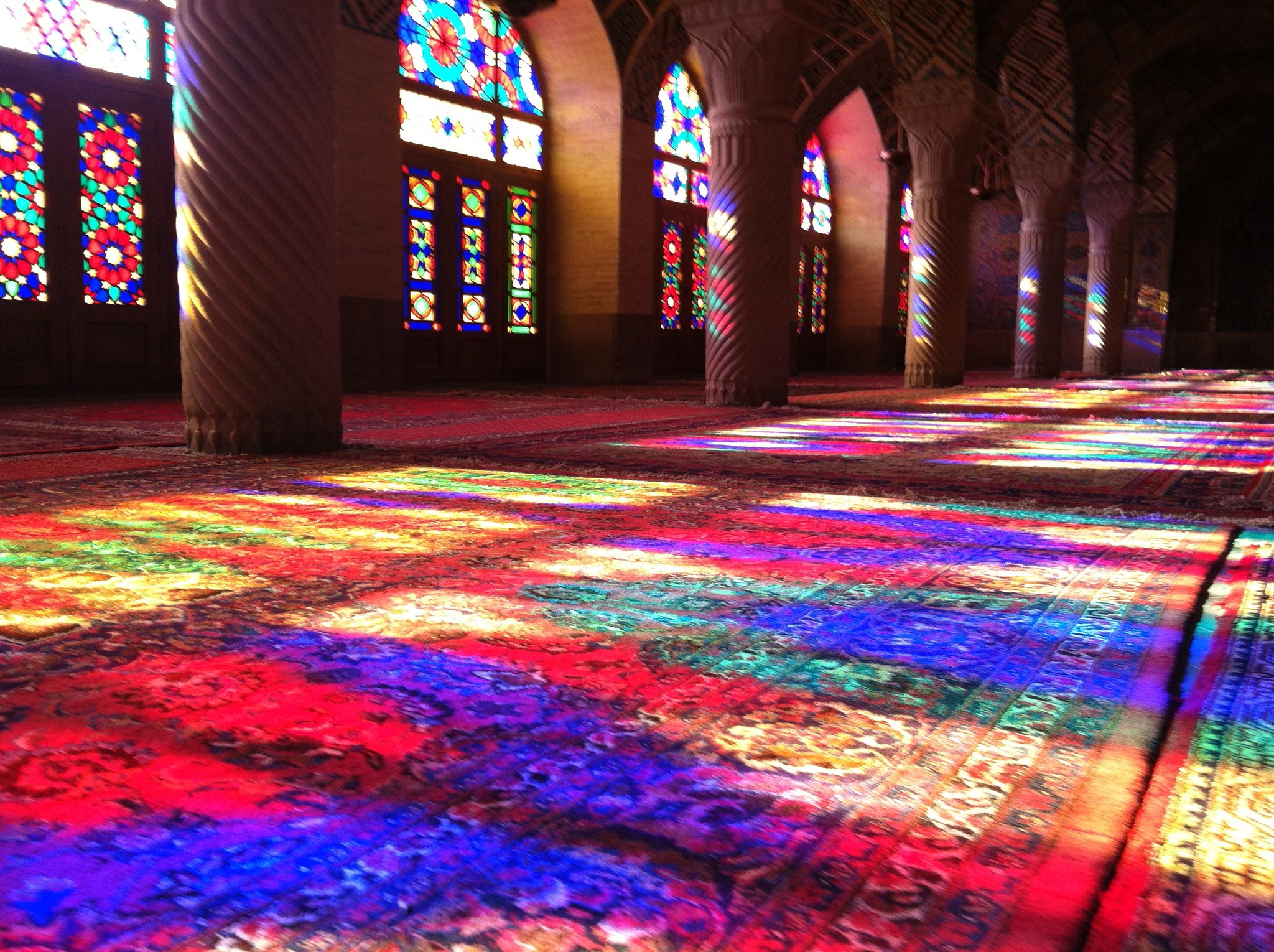 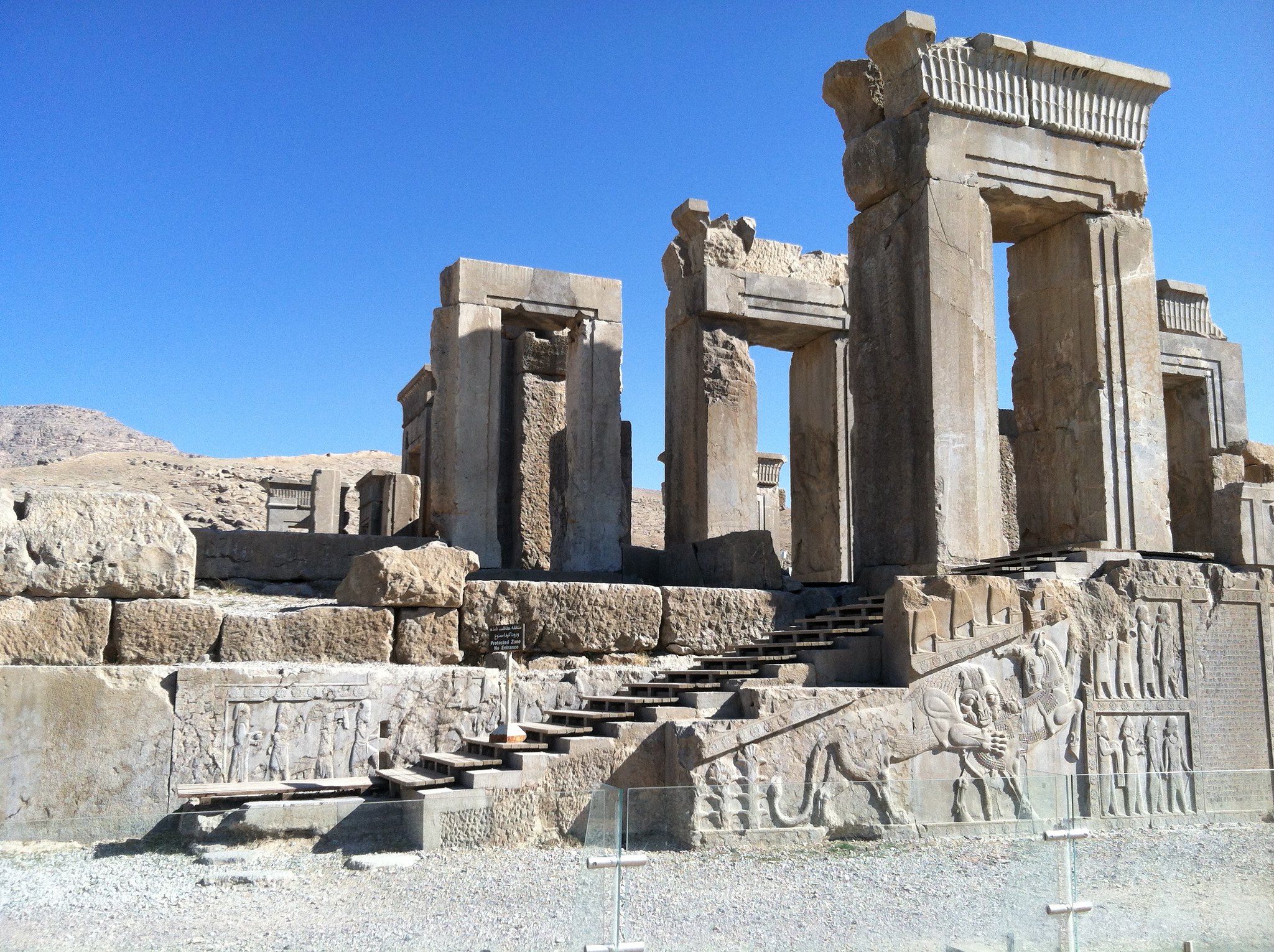 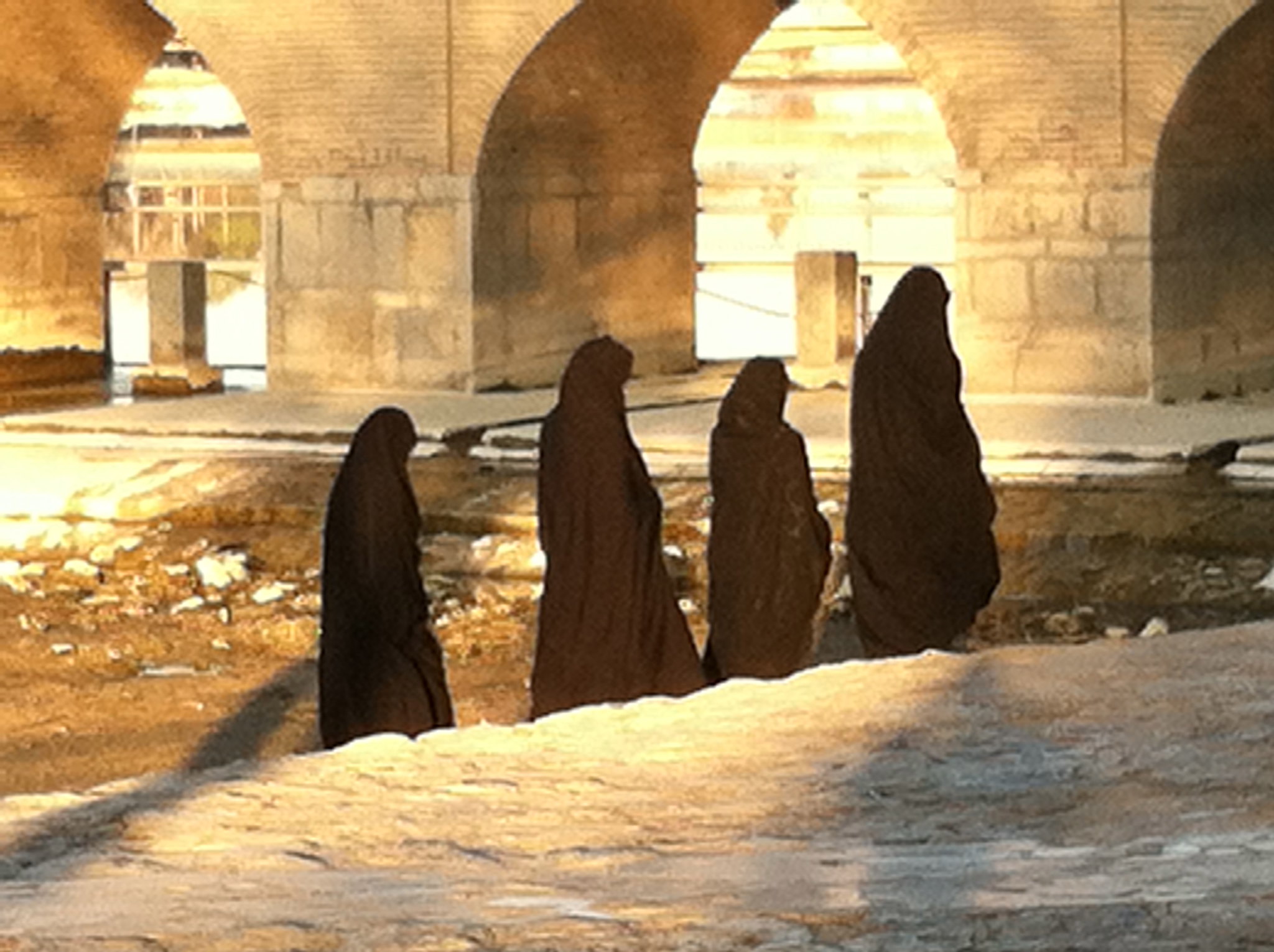 the Holy City of Qom 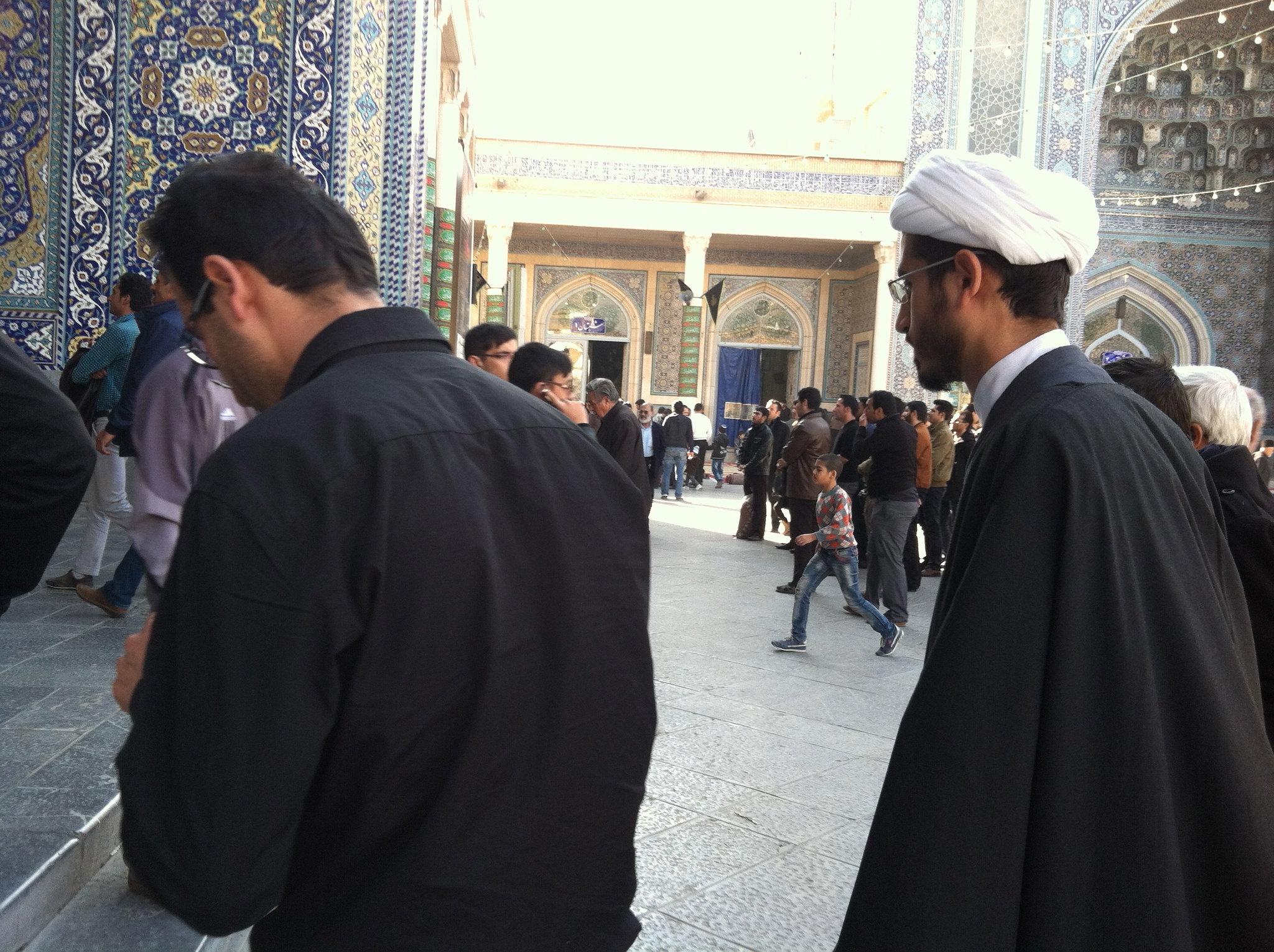 and back to Tehran, (the subway is clean, efficient and vast. Men travel in the middle cars, women in the front and rear cars.  Women can travel in the “male cars” if they are traveling with a male companion, e.g., son, husband, father, friend.) 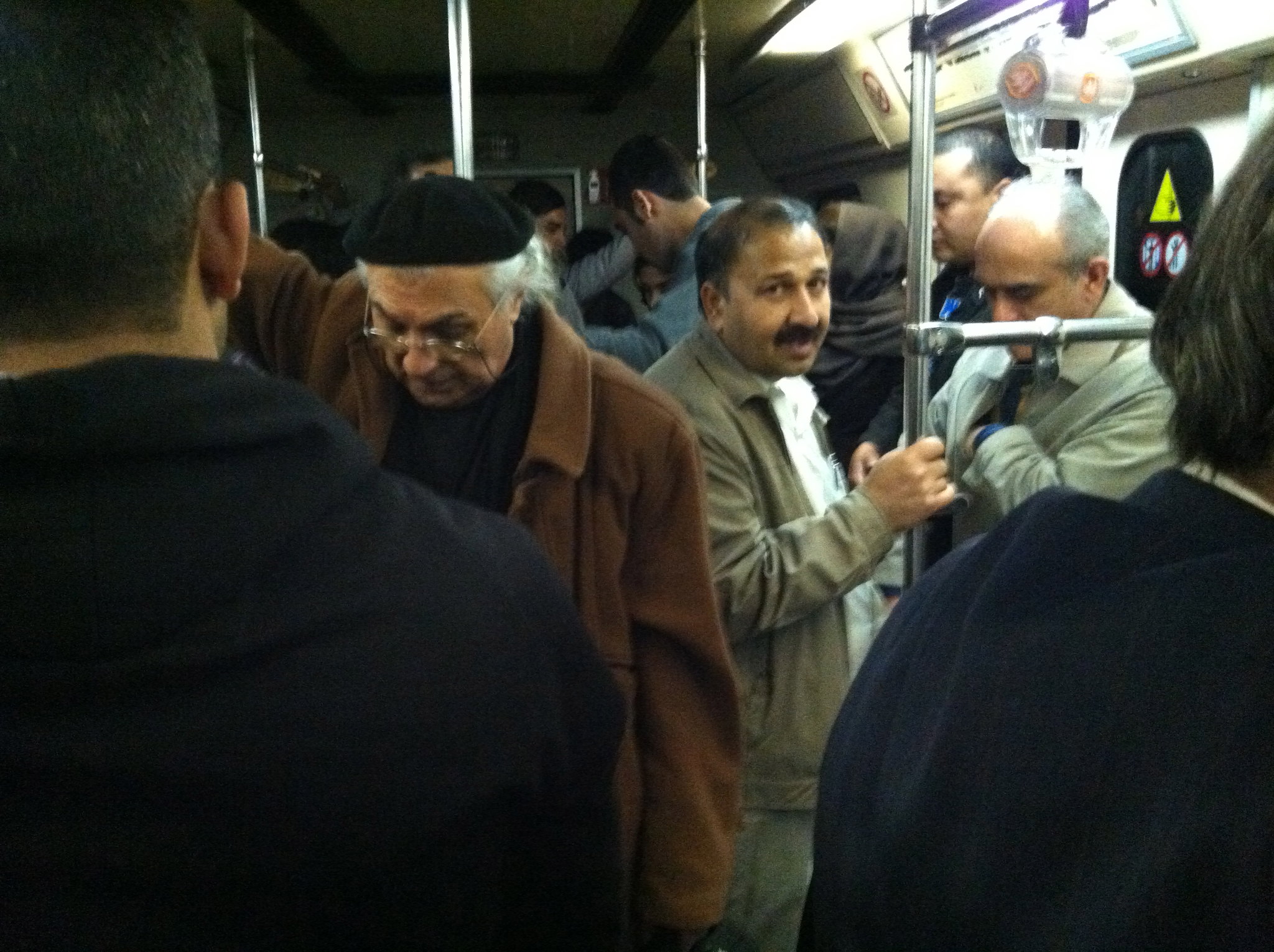 The only negative U.S. image we saw was on the former U.S. embassy walls. 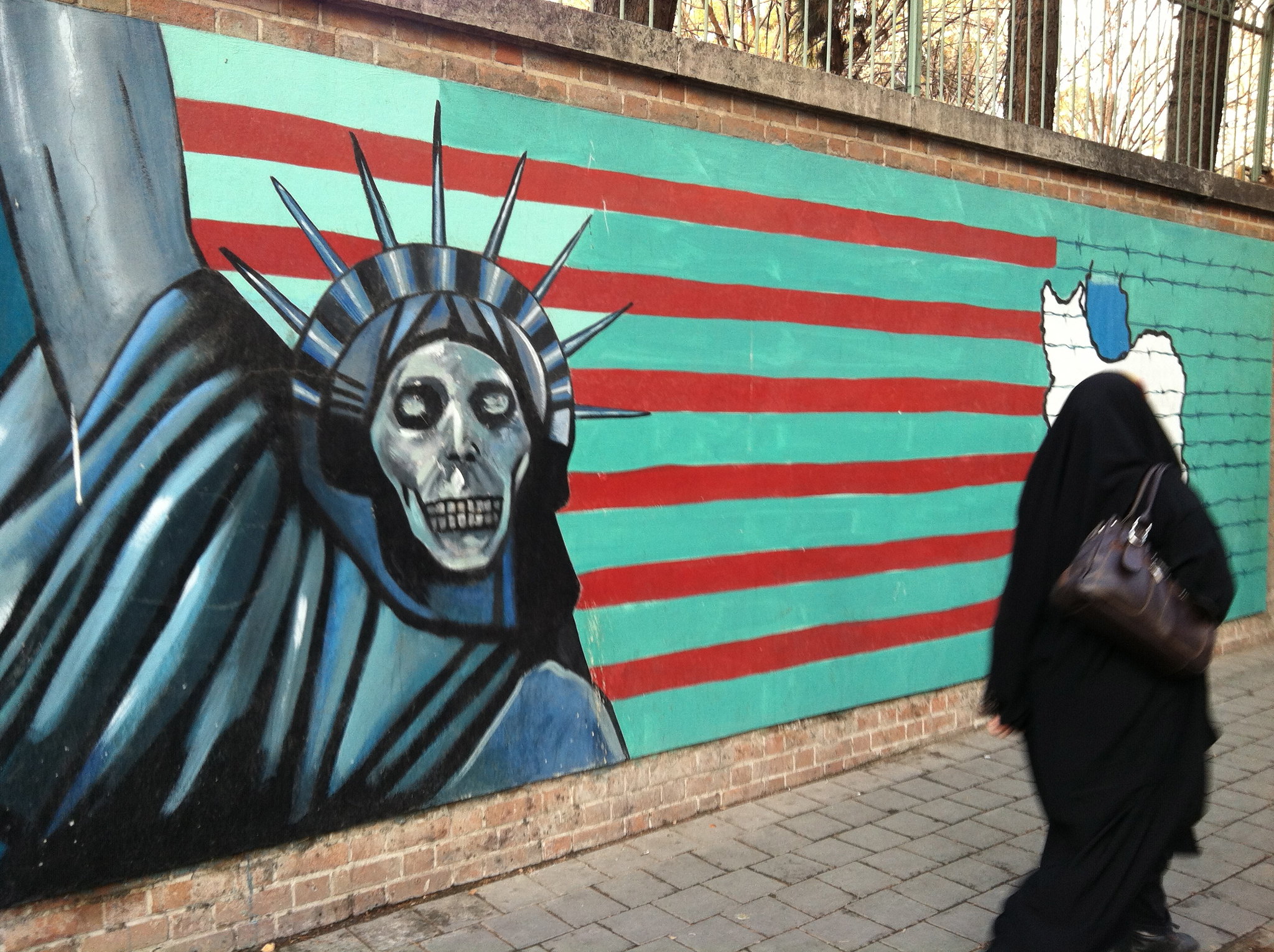 Rumor has it they are planning to turn the former U.S. Embassy into a museum.  I’ll be first in line for a ticket.

One Reply to “Dispatches From a U.S. Tourist: Iran’s Greatest Asset? Its People”